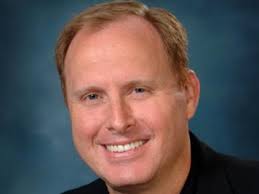 Sony Online Entertainment president John Smedley has been talking to Edge about his gaming habits.As a keen Eve and Dota 2 player, he believes that everyone in the industry should play and understand games.

SOE is currently busy updating Planetside 2, which is in beta presently. The success of DC Universe Online’s move to free to play encouraged Smedley to push the model for Planetside 2. Edge will have more on SOE’s future strategy later this week.

He certainly feels strongly that game company employees at high levels should understand the medium. Mr. John told Edge that he had been playing a lot of Dota 2 with his kids. “In my opinion, people that don’t play games have no business in this business,” he says. “It should be the gamers-only club, I think. I can’t stand people that don’t know what they’re talking about when it comes to playing these things.”